Don't Call Me Lost: A Look At How Bible Translations Use The Word Lost

People do not like to be called by labels. A look at how the Bible uses the word "lost" helps us change our vocabularies as we talk with people about Christ. Ever ask a guy if he is lost. This is one of those issues from the battle of the sexes back in the days before electronic maps.  A guy hates being told he is lost. The wife knows they are lost but the guy refuses to pull over and look at the huge paper map that fills half the windshield and shows the turn he missed.

Everyone hates being called LOST, but we like nice neat categories.  Greeks and Barbarians, Jews and Gentiles.  And the church has used saved and lost for centuries.  But it turns out that the lost do not like be called LOST[1].  Interesting!  I decided to study how the Bible used the word “lost.”

In this case the word of interest is an English word rather than a Greek word, so it becomes the translator’s preference as to how to use the word.  Fortunately, the better translations are consistent in their usage most of the time. 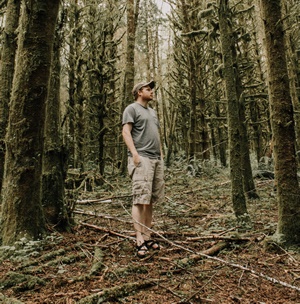 2 we find new wine is “lost” if the old wine skins burst.  Again, the new wine is in their possession before it is lost.

Going back to saved versus lost, what about using the word lost to refer to the un-save.  Jesus speaks of “the lost sheep of the house of Israel” (Matthew 10:6, 15:24).  Jesus tells Zacchaeus, He came to seek and to save that which was lost (Luke 19:10). Zacchaeus is also an Israelite.  The house of Israel refers to God’s chosen people.  They are God’s people and his possession (Exodus 19:5–6, Malachi 3:17–18).  They can be lost because God had them in his possession.  This is why Jesus can refer to them as lost.  Later, speaking of the twelve apostles Jesus states that none have been lost with Judas (an Israelite) as the exception (John 18:9).  They had been his closest followers.

The same Greek word is used for the un-saved non-Israelite, but most translators generally use some form of “perish.” So, in English “lost” can refer to un-saved Israelites but no one else.  The only problem now is that the un-saved do not like to be called un-saved either.  We best drop the labels and talk with them as people as we explain one’s need for Christ, or we may offend them unnecessarily and stand in their way to the cross.